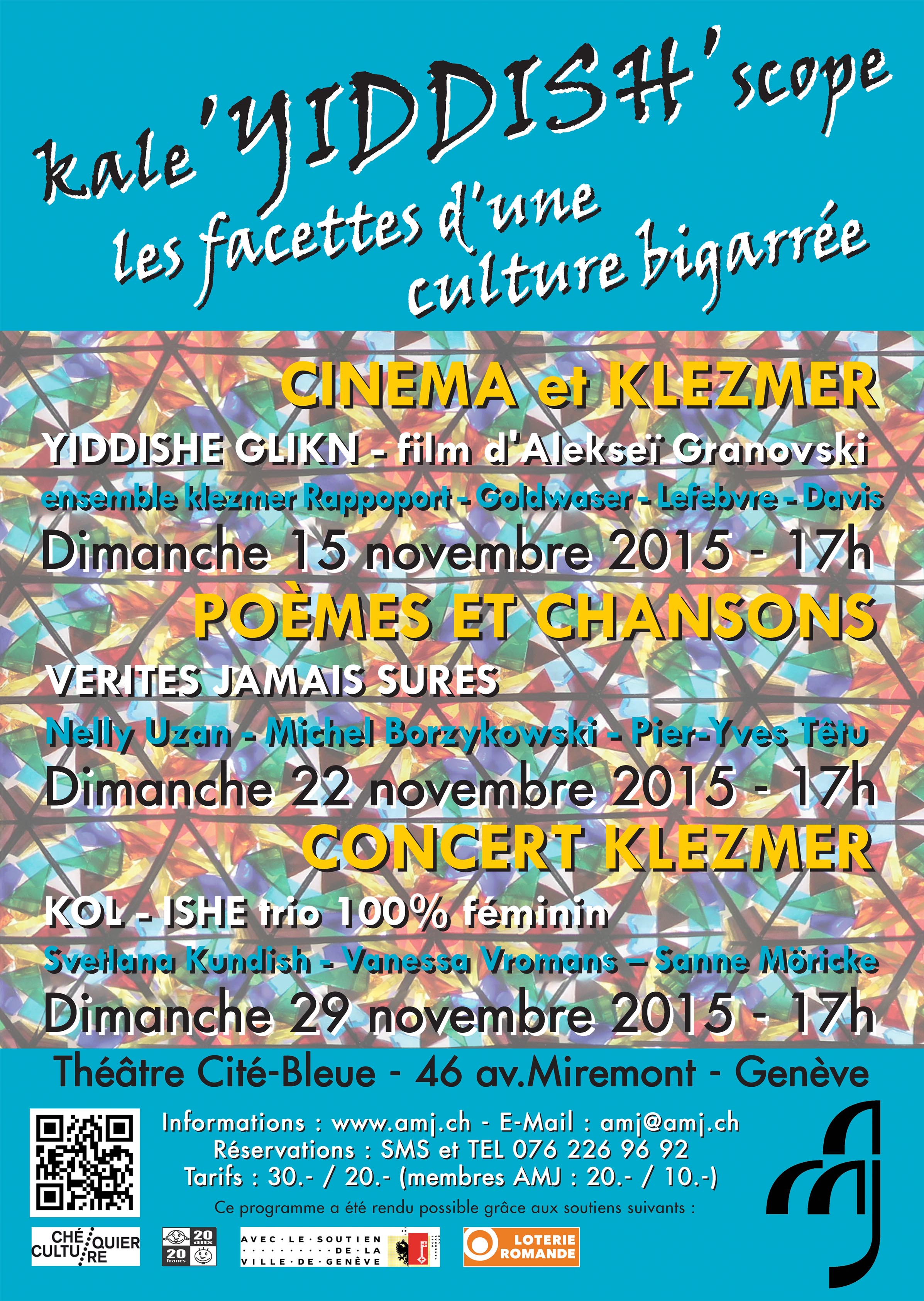 kale'YIDDISH'scope...
Facets of a multi-dimensional culture

This autumn 2015 the association Friends of Jewish Music (Association AMJ) invites you to discover or rediscover Yiddish culture and its many facets. Not only was this culture present and flourishing in many countries, to such an extent that we can speak of Yiddishland, but more importantly, Yiddish culture demonstrated a richness and creativity, all too often underappreciated, in different artistic domains such as literature and poetry, theater and humor, music, dance, opera, the cinema, etc. Central Europe was witness to a true cultural profusion, a richness undreamt of today, destroyed by the totalitarian madness.

Yiddishland was the name of the region with loose borders in the center of Europe between the Black Sea and the Baltic, from Alsace to Russia, with Poland, Lithuania, Ukraine, Romania and Hungary, a geographical territory with neither a center nor clear contours, where before the Second World War and the genocide of the Jewish people, more than 11 million people spoke the Jewish language, Yiddish. In Yiddishland, the children attended schools where they were taught in Yiddish, the people performed plays, made films, built libraries and gave public talks. They sang, they loved and they quarrelled in Yiddish.

After the Second World War this “continent” disappeared. It had, however, embodied a real civilization from the Middle Ages until its destruction by Nazism. Yiddishland had newspapers, hospitals, universities, theaters, and Yiddish represented a way of life and thought as much as a language.

To keep this memory alive is not a simple task, but it is the moving spirit behind this festival : to communicate and bring back to life a part, however small, of the Yiddish culture, a culture of which fragments have survived in the “baggage” of the immigrants, who reinvented it once again and enriched it with new elements.

Think of Abe Schwartz, Naftule Brandwein and Max Epstein, for example, who nurtured musicians like Giora Feidman, Joël Rubin and, closer to us, musicians who are part of this program, Michel Borzykowski, Charles Rappoport, Marine Goldwaser, David Lefebvre, etc. May this glimpse into this culture make you feel like going on a voyage of discovery into this generous world, too often ignored, given the difficulty of following its trace. 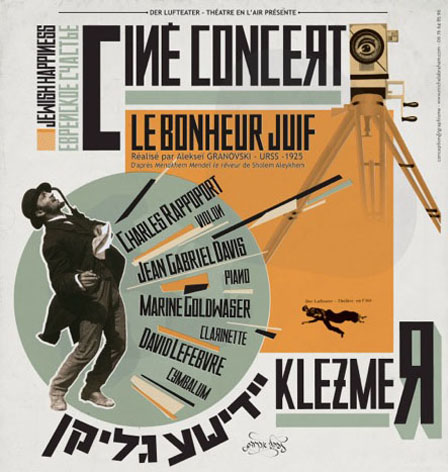 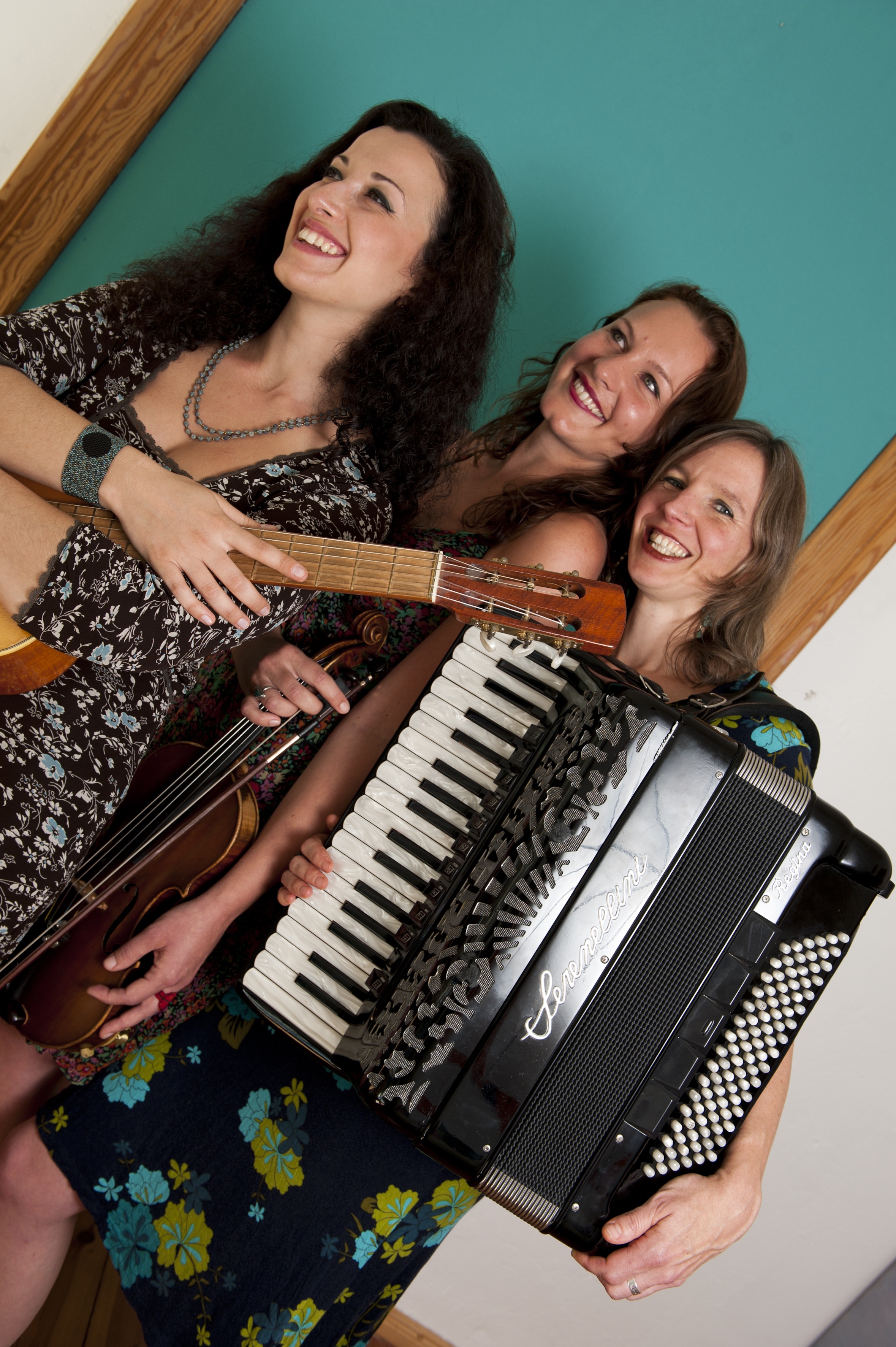 Organizing these concerts was made possible due to AMJ members support and :
Département de la culture from the City of Geneva
Loterie Romande - Organe de répartition