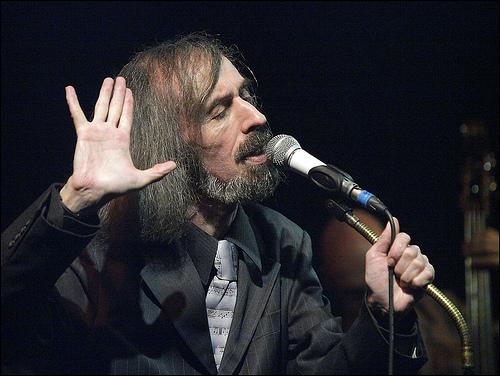 
Jacob-Ber Gimpel was one of the pioneers of the Yiddish theatre.
In 1889 in Lemberg/Lviv (now in Ukraine), Jacob-Ber Gimpel founded the first independent and permanent Yiddish theatre in Europe. At that time the population of Lemberg numbered 160,000 inhabitants, a third of whom were Jews. This unique demographic situation allowed the new Yiddish theatre to enjoy an important audience in the town; it was not just a "travelling theatre ».
Although it originally performed in a religious context, at the end of the XIXth century the Yiddish theatre developed its own genre, hoping to offer its audiences an escape from their daily worries and hardships. Later on, the Yiddish theatre culture played an important part in the development of a new Jewish identity, at the crossroads of different cultures and traditions, and despite growing antisemitism, experienced a remarkable artistic growth.
The Lviv Gimpel-Theater was not only a mainstay for travelling Jewish theatre actors, but it also developed its own style of musical drama and was often invited to perform in other towns.
Franz Kafka, in 1910, attended such a performance in Prague and was deeply moved. Joseph Roth and Marc Chagall mentioned the work of the Gimpel Theatre as an influence and inspiration for their own creative work. The novel "Blondzhende Shtern" by the famous Yiddish writer Sholem Aleichem is based on his experience on a visit to Lviv in 1905.
Until the outbreak of WWII, the Gimpel Theatre performed regularly, often including major modern influences.
The renewal of Klezmer music owes a lot to the Yiddish theatre, and the Gimpel Theatre Quartet gives new life to forgotten musical treasures.
This ensemble has discovered songs from this period of the Gimpel Theatre’s great creativity and has organised them in an evening concert aiming to provide a setting for these lost cultural jewels.
The Gimpel Theatre Quartet is composed of the singer Efim Chorny, the pianist Susan Ghergus from Moldavia, Sasha Somish (vocal) from Lemberg / Ukraine and Vanessa Vromans (violon, vocals) from Australia, all four well known in the world of Jewish traditional music.


These passionate and fascinating musicians are exceptional authors/composers/singers/performers, who can also improvise at will with audacity and zest.
Drawing from a heritage of diverse origins, they offer us their talent and propose an original programme rich in surprises, a genuine bridge between eras, from sparkling Mittel-Europa to our days, an invitation to travel across time. The AMJ Association is delighted to welcome these artists and their repertoire so representative of the Yiddish cabaret theatre.
We are also happy to invite Genevans to come and discover – or rediscover – these songs from another era of encounters, exchanges and sharing across Europe. 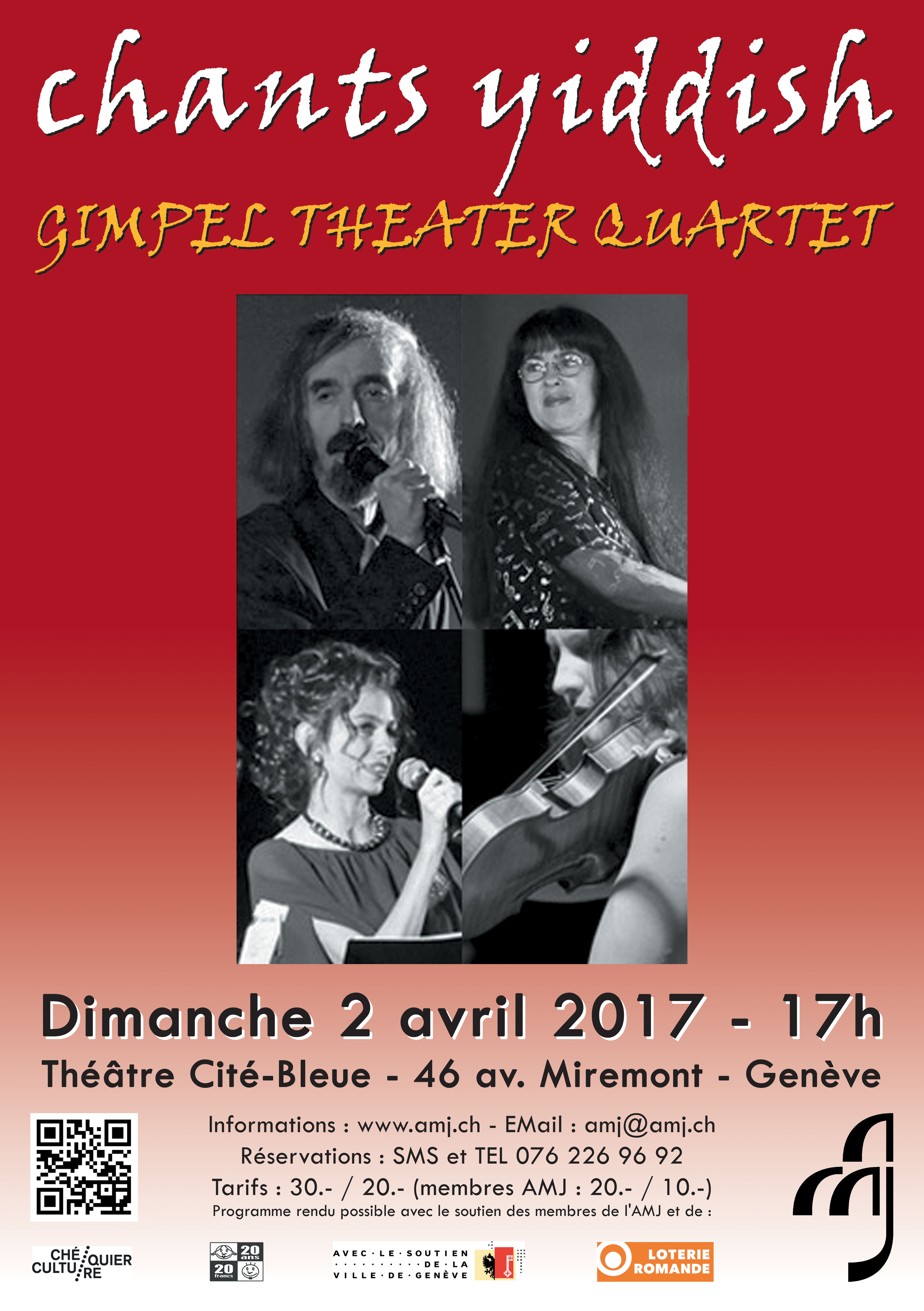 The organisation of this concert has been made possible thanks to the unflagging support of the members of the AMJ.