The mosaic of Jewish music

Our intention here is not to deal with the whole vast panorama of the history of Jewish music, but rather to highlight only a few of its salient aspects. For to paraphrase Wilhelm Busch, music is wonderful to listen to but nothing’s more boring than hearing it being talked about !

The family tree of Jewish music has its roots sunk deep in liturgical music. The tree spreads branches in many different directions and the fruit it bears comes in many flavors: folksongs based on Slavic melodies, modes and melodies with a Gypsy sound, oriental- and moorish-sounding scales and vocal effects, wordless Hassidic chants.. and to crown it all, Western-type classical compositions.

So: in the beginning was the Bible...

Scholars have found several dozen references to music and musical instruments in the "Torah" and in fact, in chapter 4 of Genesis, we are told that Jubal is "the father of all such as handle the harp and the organ" ! This "organ" of the King James version of the Bible, "ugav" in Hebrew, is thought to be a woodwind, a distant ancestor of our flute or clarinette.

Indeed, music played an important part in the life of the ancient Hebrews. King David himself, referred to as "the sweet psalmist of Israel" (2 Sam. 23) not only authored the "lyrics and music" of Psalms, but was also a performer and is often represented strumming on his harp, or lyre.

Part and parcel of the religious ceremonies at the Temple of Jerusalem, rebuilt by the Hebrews after their return from Babylonian deportation, was a rich offering of sacred music, impressive in its splendor: no less than twenty-four choral groups raising their voices in song, accompanied by musicians on more than a dozen different types of instruments, including a variety of strings, reeds, and percussion - drums, cymbals, tambourines - according to some sources.

After the end of the Jewish State and the destruction of the Temple by the Roman legions under Titus (ca.70 A.D.), of those Jews who survived many were taken into captivity by the Romans, others fled and sought refuge in various lands around the Mediterranean.

From the point of view of their religious practice, a new era begins for these dispersed Jewish communities. The sacrificial ceremonies of the Temple are a thing of the past; instead, in their various countries of exile, Jews gather in small groups to pray and to study and meditate upon the sacred texts in a "House of Assembly", or synagogue. Instrumental music is proscribed from these meetings of worship in sign of mourning for the destruction of their Temple and for the loss of their country and remains largely so to this day, except for the sounding of the Shofar - a ram’s horn trumpet - on Yom Kippur, the Day of Atonement, and at Rosh Hashana, the New Year.

Thus, the only "music" at these services was vocal, provided by the leader of the congregation’s cantilated reading of texts from the Bible, and the chanting of Psalms.

Cantilation refers to the vocal inflections used for emphasis while reading texts aloud, inflections which were handed down by oral tradition until the 10th century, when they were codified. After that, this standardized recitation was adopted by Jewish communities everywhere, with variations determined by local influences.

The Psalms were not merely recited, they were sung or chanted in a characteristic fashion referred to as psalmody. It may be said that the practically standardized and universally practiced cantilation and psalmodizing of sacred texts was the bond, as much as the Jews’ universal familiarity with the texts themselves, which gave them a feeling of belonging and a sense of "home"throughout their countless exiles and deportations from one country after another,

It may be interesting to note in passing that plainsong, or Gregorian chant, evolved from the psalmody which the early Christians still used in their worship: thus, a remarkable art form was inherited by the Christian world from their "elder brothers", the Jews.

A significant musical innovation was introduced in the synagogue ritual at the start of the 6th century by communities living in Palestine: they began to employ a cantor, the "hazan", whose function it was to compose hymns based on the sacred texts and to sing them, as a soloist, during the religious service.

Other congregations soon adopted the custom, and there is hardly a synagogue in the world today that doesn’t have its cantor. Each congregation tries to get the most outstanding singer, with the most beautiful voice. In fact, cantors are often professionally-trained singers whose virtuoso performance, richly ornamented with oriental melisma, sinuous vocal effects, is often impressive in its dramatic power and emotional impact.

Though banned during worship, instrumental music was nevertheless ever-present in the day to day life of the Jews.

No wedding party, no family festivity on minor religious holidays or to celebrate the birth of a child could take place without music. The instruments were those typically used in the country concerned at that particular time.

Ironically, Jewish orchestras found a fertile ground for their art at one time in Moslem countries, Marocco, Persia, and Turkey for example, when Moslem musicians were prohibited from performing there due to a strict application of Islamic law.

In Europe during the Middle Ages, itinerant Jewish minstrels, dancers and jugglers travelled from place to place along with their Provençal counterparts, and performed in the market places of small towns and villages.

Quite naturally, wherever they happened to settle, Jews incorporated certain features from the surrounding culture into their music, vocal and instrumental.

But having to seek new havens of safety time and time again, they took this cultural heritage with them, thus transporting melodies and modes, for example, from 15th century Spain eastward to Greece and the Balkans, Slavic and Gypsy tunes to western parts of Europe. With the result that the musical "archeologist" can find embedded in certain strains of Jewish music precious leads to forms of language and music no longer extant in their culture of origin.

The Sephardic repertoire, for instance, has preserved the folksongs of the Iberian peninsula in the Castillian language of the 15th century; the tunes of eastern Europe are now very popular in their rendition as "Klezmer" music, songs sung in Yiddish and accompanied by a few instruments: usually fiddle, clarinette, accordeon and bass.

If it is true that cultural diversity constitutes a source of enrichment for a country, then Israel is blessed indeed ! For here, gathered in one nation, is a mosaic of musical traditions from every corner of the world, brought by immigrants from Eastern Europe, from the countries of North Africa, from Irak and Yemen, from the Far-Eastern Republics of the former Soviet Union.. as well as contemporary Israeli folk songs, and, of course, western-type classical music by contemporary composers.

The classical composers of Jewish origin such as Mahler, Mendelssohn, Milhaud and others are too well-known to need mention here; actually, with some few exceptions, they didn’t really draw upon Jewish sources for their music at all, while, on the other hand, non-Jewish composers sometimes did: Shostakovich, for one, and Ravel, and Max Bruch, to mention only these three.

Two instruments seem to be particularly popular with Jewish musicians: the violin (Chagall’s depictions of the Stetl fiddler are only too well-known !) and the clarinette. Why this should be so, no one really knows, though there’s a quip that goes: "Have you already seen someone running away from a pogrom with a piano under his arm?" Maybe that’s the answer !

In this particular context it may be appropriate to draw

attention, and pay tribute, to some of the 20th century Jewish composers who were killed by the Nazis in the camps of Terezin and Auschwitz: the music of Gideon Klein, Hans Krasa, Pavel Haas, and Viktor Ullmann, among others, deserves a wider audience.

other informations about jewish musical heritage

other links with Internet sites 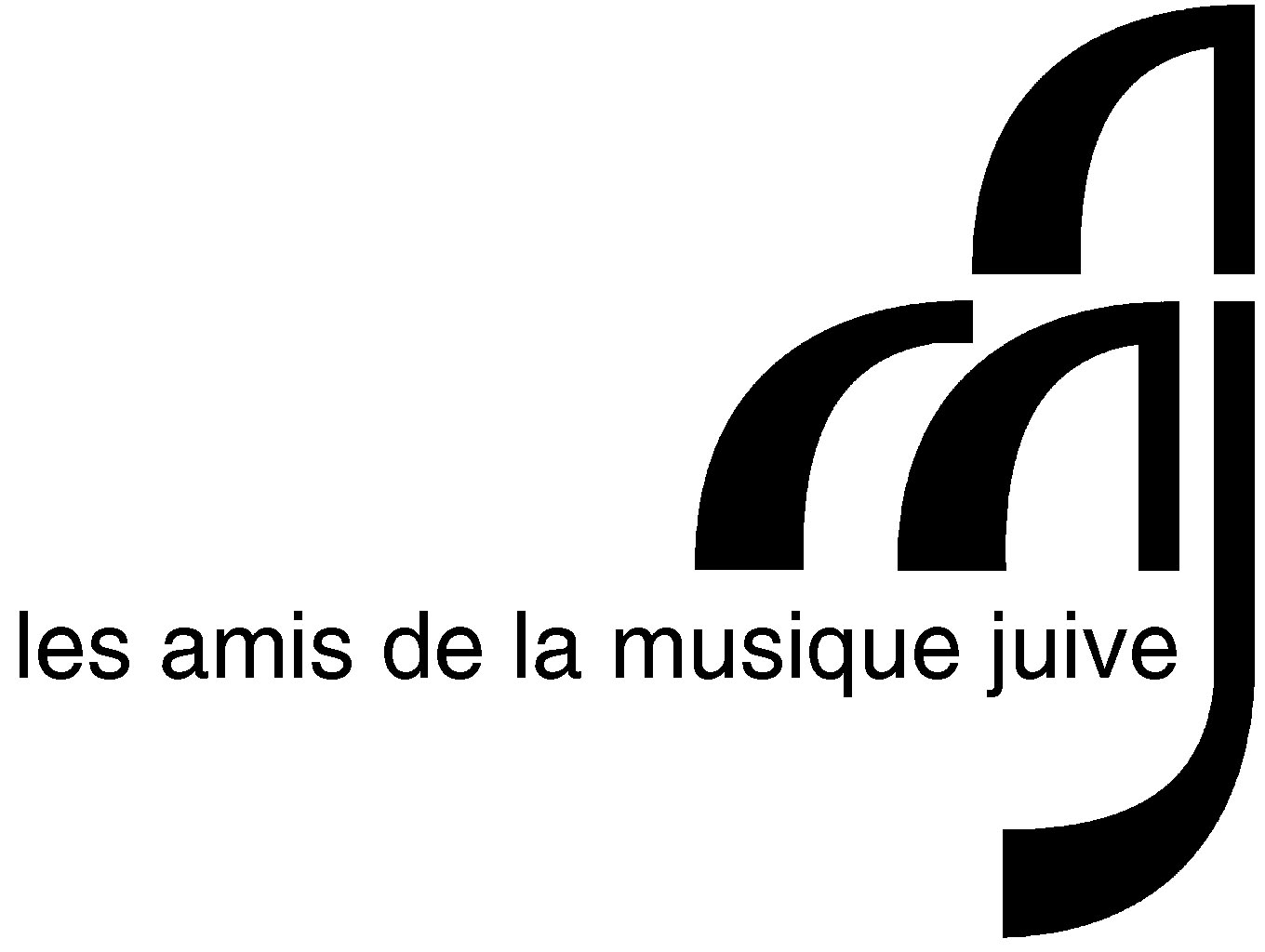